Bremerton’s west side threw an all-ages neighborhood party on Saturday — for the sixth annual Volkswagen Social — and it was bigger and better than ever.

The crossroads of 15th Street and North Wycoff Avenue became the social center of this working class neighborhood with the opening 10 years ago of the quirky and colorful Hi-Lo’s 15th Street Café. Owners Heidi and Lowell Yoxsimer turned an empty building into a corner restaurant imbued with a colorful California ’60s vibe and a venue small enough to create a waiting line for their popular Sunday brunch.

The restaurant sports a much loved, iconic VW bus embedded in one wall that serves as a coffee counter on the inside of the building and table seating on the outside under a brightly painted “Welcome to West Bremerton” mural. It’s such a popular table it usually requires reservations, and its word-of-mouth reputation is now attracting jealous Seattleites, according to Jan Clover, who was there for the second time with friends from her Seattle condo. “Seattle has gotten too precious for its own good,” she laughed.

Heidi says that six years ago, she and Lowell decided to throw a party to thank the neighborhood for their support of their fledgling business. The theme was a no-brainer when you have a slogan-covered VW bus as your décor — and thus, the first annual Volkwagen Social was born. VW owners are as eclectic as the restaurant and so are their vehicles. Saturday’s event brought out young families in their Vanagon Westies, middle-aged couples in their renovated Kombis and tattooed hipsters showing off their VW dune buggies and painted out Karmann Ghias.

Last year another new business opened up at the corner of 15th and Wycoff and joined the Volkswagen Social. Next door to the Hi-Lo, owners Sally Carey and Mark Camp opened the doors to Van n’ Ann Bualadh Bos, a mostly Irish pub serving up mostly Irish food and a regular schedule of music and entertainment. It was a soft opening.

“We haven’t had our grand opening yet; we haven’t had time,” said Camp. Located in the old Minder Meats building, whose history also includes a chapter as a grocery store as well as other ventures (Camp can recite the building’s history), the interior of the pub is now all cozy spaces to meet friends and listen to music coming from an enclave stage decorated in Old World bohemian décor.

Embracing the eclectic vibe of its neighboring businesses, the Bualadh Bos regular menu has among its offerings Irish Lamb Stew, Bridie (beef, chicken or vegetables in a pastry), Dublin Potato Salad and Brown Beer Muffins. On Sunday the restaurant turns on its large screen television to sports and adds fish and chips, hot dogs and sausage rolls to the menu. On Wednesday it has half-price wine night. And on most nights there’s entertainment ranging from jazz jams and open mikes to ukulele concerts and Celtic music. Check its Facebook page for the upcoming schedule. Bualadh Bos is pronounced “bullah boss” meaning “clap your hands.” You’ll want to do just that on your first visit, and every one thereafter.

Across the street, music blasted out from the outside patio of the almost-newly-opened Hale’s Barrelhouse. Washington brewing icon and owner Mike Hale found a long-time vacant warehouse, declared it a perfect site and neighborhood, and began renovations last year. His grand opening is coming up, but wanting to be part of the party, he unlocked the Barrelhouse on Saturday for beer tasting, socializing and music.

The roll-up garage doors in the tasting room were thrown open and Shelton-based reggae/jam band High Ceiling provided the sounds, getting a crowd on their feet to dance and hula hoop. An overflow crowd lined up at the counter for everything from 50-cent minis to $5, 10-ounce pours of guest and limited Hales brews. Mike manned the tasting room giving grateful neighbors an opportunity to welcome him to what is becoming Bremerton’s hip music, food and beer neighborhood. 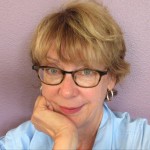